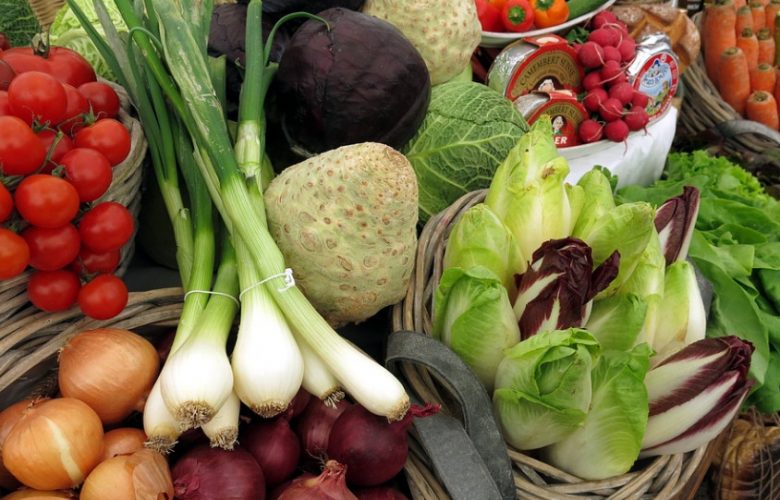 Foods like eggs, garlic, kale, cabbage, and onions all belong to a healthy and balanced diet, but another thing that they have in common are that they contain large amounts of sulfur. Sulfur has a key role in energy metabolism, the synthesis of amino acids, liver function, and more.

However, some people may develop an intolerance or sensitivity to sulfur, causing them to experience adverse reactions when too much of it is ingested. On the other hand, sulfur deficiency can also lead to adverse reactions.

Why Sulfur is Important in the Body

Sulfur is an essential mineral for our health that naturally occurs in lots of different food products such as meat, leafy green vegetables, and dairy products. It is a vital component of amino acids that are required for glutathione synthesis, methionine and cysteine. Known as the ‘master antioxidant’, glutathione supports liver health, reduces oxidative stress, and helps with the transportation of amino acids across cell membranes. Research suggests that it plays an important role in producing antioxidant enzymes, cellular proliferation, and mitochondrial function. To produce the optimum doses of glutathione, the human body requires sulfur.

Many people take sulfur supplements for a range of reasons including the relief of menopause symptoms, upper respiratory tract infections, shortness of breath and allergies. Sulfur is a mineral that contains various antibacterial properties and can be useful for treating certain skin conditions including warts, red skin patches, and acne. Sulfur is also an active ingredient in many hair products, such as anti-dandruff shampoos.

Around one in every one hundred people are sensitive or intolerant to sulfur and sulfites. The condition can occur in anyone and at any time, and researchers are not sure what causes it. People with asthma, ulcerative colitis, and irritable bowel syndrome (IBS) appear to be the most at risk.

After it is ingested, gut bacteria break down sulfur into hydrogen. The by-products may cause symptoms such as digestive distress, gas, stomach pain and bloating. People with ulcerative colitis produce higher amounts of hydrogen sulfide in the body. Over time, this gas may have a negative effect on the colon lining, worsening symptoms. After eating sulfur-rich foods like eggs, cabbage and broccoli, even healthy people may experience symptoms such as gas and bloating.

This list of foods high in sulfur from Ruscio Institute can help you determine if a sensitivity to sulfur may be causing digestive symptoms. While most people are likely to experience mild bloating and gas after eating sulfur-rich foods, an intolerance to sulfur can lead to symptoms such as swelling and puffiness, brain fog, excessive gas with a rotten egg odor, swollen, stiff joints and difficulty breathing. Ruscio Institute works with patients to help them reduce symptoms and improve health.

A study published in the World Journal of Gastroenterology in 2016 found that eating too many sulfur-rich foods may have a negative impact on people with inflammatory bowel disorders. Experts recommend that people who suffer from ulcerative colitis avoid high-sulfur food products like leafy green vegetables, eggs, nuts, and red meat.

Some people develop an intolerance to sulfur that can lead to various allergic reactions such as watery eyes, skin rashes and irritation, and difficulty breathing. However, these reactions are more likely to occur as a reaction to sulfite exposure rather than to dietary sulfur. If your body cannot or struggles to metabolize sulfur properly, you may notice symptoms such as gas, bloating, joint pain, constipation, brain fog, headaches and tiredness. Urticaria and eczema are common skin reactions in people who are sensitive or intolerant to sulfur in their diet.

While some people may experience negative symptoms after consuming sulfur-rich foods due to an intolerance or sensitivity, it’s also important to remember that sulfur is an important mineral in the body. A deficiency in sulfur can also lead to problems, causing or worsening a variety of conditions including depression, arthritis, acne, memory loss, convulsions, brittle hair and nails, rashes, slow wound healing, and gastrointestinal issues. Sulfur deficiency can also lead to more serious health conditions such as heart disease, chronic fatigue, and Alzheimer’s. It’s also important to bear in mind that sulfur is an important compound in regulating your metabolism, which can lead to obesity.

Studies have found that many people, especially the elderly, are not getting enough sulfur in their diets. Without a sufficient amount of sulfur, your body will find it difficult to get rid of toxins through your liver. Along with this, sufficient sulfur is necessary to ensure that your cells and organs function properly and that their structure is maintained.

How to Get Optimal Sulfur Levels

To achieve a healthy balance, it isn’t just important to consider the amount of sulfur that you get in your diet, but also the type of diet that you eat. For example, people who eat a low-fat diet have a reduced amount of sulfur delivered from the liver to the digestive system, leaving the digestive system more vulnerable to pathogens. To get the optimal amount of sulfur in your diet, it’s best to eat a diet that is high in protein and low in carbs. Exposure to the sun can also help to increase your sulfur levels, as when your skin is exposed to sunlight, it will synthesize vitamin D3 sulfate.

Adding or removing sulfur-rich foods in your diet may be necessary if you are struggling with either sulfur intolerance or sulfur deficiency. Dairy products, meat, onions, garlic, legumes, raspberries, and nuts are all food products that contain sulfur. People who eat a well-balanced, protein-rich diet will usually be able to eliminate the need to supplement sulfur. On the other hand, if you are intolerant to sulfur, it’s important to speak to a health professional about how to get enough of it in your diet without worsening your symptoms.

Sulfur is an important compound for many different processes in the human body. Sulfur intolerance or deficiency can both lead to various problems. If you suspect you are suffering with either, it’s important to get medical advice.