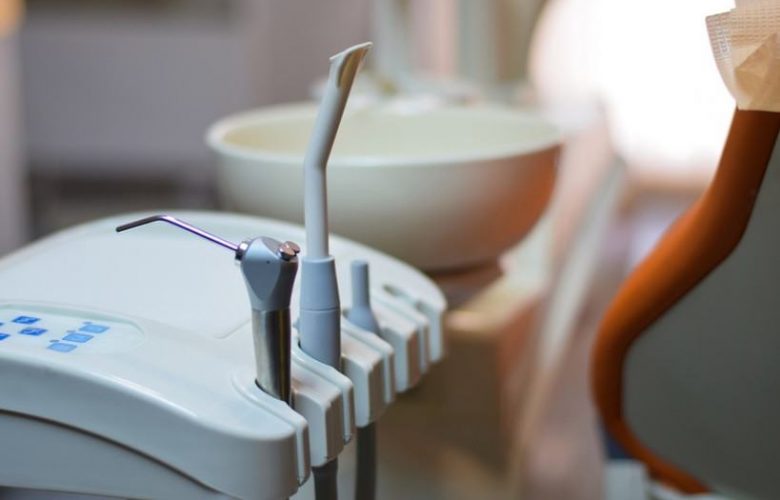 In the last few years, the number of people performing dental procedures on themselves at home has been steadily increasing. This trend can be attributed to a few things, namely the cost of dental procedures, dental phobias and the accessibility of the dentist. This should go without saying but performing your own dentistry procedures is incredibly risky; let’s explore.

As mentioned above, there are several examples of at-home procedures that people have genuinely performed on themselves. Firstly, a lot of people want to have straight teeth, which is why instances of at-home braces have become more frequent. People have bound their teeth with bands or strings in order to move them or bring them close together. This is incredibly dangerous. It can move the teeth too quickly or cause pain or gum issues. However, if you do want to straighten your teeth at home, then there are options for teeth straightening, including aligners provided by Straight My Teeth which allow you to straighten your teeth safely and effectively at home.

Next, there are tooth extractions, which tend to result from a prolonged avoidance of the dentist. Oral issues go ignored for too long, which can loosen a tooth or cause extreme pain until a person simply cannot stand it anymore and they pull the offending tooth out. Extracting teeth should be a surgical procedure performed by qualified professionals in a sterile setting. This ensures that the procedure is as painless as possible and that the risk of infection is minimised.

In recent years a number of products have been released that promise to allow an individual to perform their own fillings at home. The cavity kits include foreign materials which the user is meant to fill their cavity with. The substances themselves can be dangerous, but more than this, there is no way of knowing how performing your own filling will affect the surrounding teeth or the tooth itself. This is because you are not qualified to understand how much the tooth has decayed and whether it needs drilling before filling. You could unknowingly be sealing in the decay, which can cause further problems in the future.

Even if you aren’t attempting a dental procedure so much as a cosmetic one, there are still risks. For example, one of the most common at-home cosmetic procedures performed by people is teeth whitening, and all of the common methods have their downsides. Starting with activated charcoal. This method has been all over the internet in recent years, with many people claiming that it can whiten your teeth. However, it can also be harmful to the enamel because of its abrasiveness. In addition, enamel doesn’t grow back, so the teeth become much more vulnerable to damage once it’s gone.

Using baking soda to whiten the teeth has been a popular at-home whitening method for years, and the truth is that there is more evidence which supports its use. Some kinds of toothpaste even include it as an ingredient. However, baking soda is an abrasive substance; in addition to whitening the teeth, it can also remove enamel which weakens the structure of the teeth and can lead to further damage and issues.

Another method favoured by the internet is coconut oil or oil pulling. The truth is that this is an old method whereby the user swills their mouth with oil which is meant to whiten teeth and kill bacteria. In all honesty, this is one of the least harmful at-home methods because there is no evidence that it can damage the teeth, but there is also no evidence which speaks to its efficacy either.

Finally, more and more people are using hydrogen peroxide to whiten their teeth at home. This is because it is one of the key ingredients used by dentists to whiten your teeth. However, without a professional administering this product, it can be dangerous – it is bleach, after all. Using it by yourself at home can cause wounds, burns or severe, irreparable damage to the teeth.

The Perils of Amateur Dentistry

In order to become a qualified dentist, you have to go through intensive schooling, exams and practical applications. Dentistry is a science, and it is way more intricate than a lot of people think. Treatments plans are thought about in-depth to provide the best approach to your specific dental issue. This is precisely why dental procedures should be left up to professionals. The truth is, in trying to address your own issues, you are far more likely to exacerbate the issue and cause more problems down the line.

While a lot of DIY dentistry methods are hazardous, harmful or downright dangerous, the ones that aren’t are simply ineffective, which won’t cause harm but does result in a lot of wasted time and effort on your part. In addition, the perilous methods can lead to infections, damage to the mouth and even losing your teeth. This is because you do not have the same sterile tools that a dentist would use.

The popularity of at-home dental procedures has increased in recent years, and it can be traced back to several things. Firstly, dentophobia or dental fear is incredibly common, and it is this fear that makes people act irrationally. As a result, they would rather perform their own dental procedures than go to the dentist, even if it is more painful or reckless to do so.

Another factor is the expense; although the NHS does make dental treatments in Britain cheaper than in some other countries, they can still be pricey. This leads some people to choose home remedies because they are cheaper, although the damage they do often make the procedure more extensive and expensive in the long run.

Why You Should Go to the Dentist

The health of your mouth can significantly impact your daily life, which is why it is worth having your teeth looked at properly by a professional. It can get a little pricey at times but looking after your smile should really be seen as an investment in yourself. The mouth and teeth are often the focal points of the face. It is how we, as humans, communicate. Your smile often serves as the first impression that a lot of people have of you. Therefore, caring for your teeth is vital.

While there are barriers that can stand in your way when it comes to receiving proper dental care, like the expense, it is still important to take your oral health seriously. Of course, you can look after your teeth at home by brushing and flossing properly. However, for all other issues, you should go to the dentist or consult a professional. Failing to do so can make things a lot worse and, frankly, a lot more expensive in the long run too.