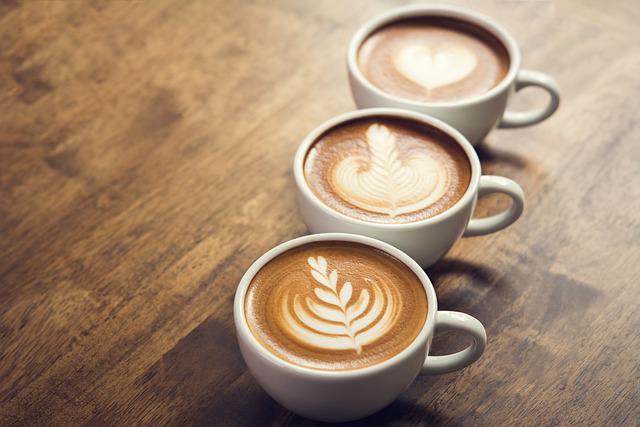 Second to water, coffee is the most widely consumed beverage in the world, with an estimated 2 billions cups drank a day. While most of us enjoy a good cuppa, we’re sure you won’t know most of these facts.

Glasshouse Mountains Coffee weights in on 8 interesting facts about the little drink which makes up this billion dollar industry.

1.Finland Drinks The Most Coffee In the World

Drinking an average of 10kgs of coffee per year, which is around 3-5 cups of coffee a day, the Finnish drink the most coffee in the world per capita.

Coffee is so entrenched in Finnish culture, that two 10-minute coffee breaks are legally sectioned into the work day.

2.Coffee Is The Second Most Traded Commodity In The World

Second only to crude oil, coffee is consumed in such enormous quantities that it is ranked as the second most traded commodity in the world.

Being worth over $100 billion worldwide, we only wish we could fill our cars for the same price as a decent flat white.

3.Brazil Produces The Most Coffee In The World

Producing a whopping 40% of the world’s coffee, Brazil proudly produces the most coffee in the world.

With an estimated 2220,000 coffee plantations covering 27,000km2 of land, it’s estimated that 1 in every 3 cups of coffee consumed was farmed in Brazil.

Coffee needs high altitudes, rich soil and a tropical climate two grow so it comes as no surprise that both Brazil and Columbia base their entire economies off of coffee production.

4.Love Coffee? Why Not Swim In It?

A Japanese spa has facilities for you to bathe in coffee (or tea or wine for that matter).

This particular spa believes that bathing in coffee promotes relaxation, allows you to recharge and can beautify one’s skin. Worth a shot, isn’t it?

5.The Coffee Plant Was Discovered In Africa

While no one can be certain, legend has it that the coffee plant was discovered in Africa by a goat farmer.

The farmer noticed his goats became particularly energetic after consuming certain red berries. The farmer tried the berries himself and so the story of coffee began!

The word coffee originated from the word qahwah, which later became kahweh in Turkish and then morphed into the Dutch word, koffie and then finally, coffee as we know it today.

Bonus fact, the word koffie is still used in South Africa today in the Afrikaans language.

In the 16th century in Constantinople, coffee played such a huge role that a law was created stating that providing an inadequate amount of coffee for your wife was enough grounds for divorce (yikes).

This wasn’t the last time that coffee would cause a stir. In 16th century Italy, clergymen made coffee illegal and its consumption was punishable by death as it was believed that coffee was “satanic” (double yikes).

Luckily we have enough coffee to go around these days with Dunkin’ Donuts reportedly offering it’s customers 25 000 different ways to order a cup of coffee.

7.Overdosing On Coffee Is Possible

Don’t worry, you’d have to drink around 30 cups in a very short space of time to actually overdose.

A caffeine overdose is incredibly rare and would more likely be a result of a high dose of caffeine in the form of a powder or tablet, not a regular cup of coffee.

8.Coffee = The Elixir Of Life?

Harvard researchers looked into the long term effects of coffee and found substantial evidence to support that moderate coffee consumption could reduce the risk of certain diseases and lengthen one’s life span.

We’ll have another cup, just for good measure..

In conclusion, whether you like an espresso, a flat white or a milky latte, this magical bean water has been consistently delighting human beans (couldn’t help it) for centuries.

Evolving over time from a simple extraction mixed with water, to the many fancy variations we know of today, coffee is definitely here to stay.

If this article made you feel like a cup of Joe, why not check out Glasshouse Mountains Coffee and discover their range of Single Origin Coffee Beans.