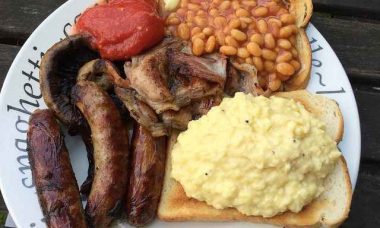 Baked beans are one of the most versatile meals around. You can modify these beans into how you like them to be.

For example, if you’re looking for a heavy dish that’s a meal on its own, you can cook it with meat like sausages. On the other hand, if you’re thinking of vegetarian cuisines, you can serve it with baked sweet potatoes.

The secret with baked beans is giving it a lot of intense flavors to compensate for its density and blandness.

Beans need a lot of help, so you must also intensify your seasonings by allowing it to thicken. Hence, you’ll need to learn how to thicken baked beans for the best results!

The Principles Of Making Baked Beans

As we previously stated, baked beans need a lot of seasoning. The worst thing to happen is your beans taste nothing but beans.

That scenario is horrific given that beans, as it is, are rubbery and waxy. When seasoning beans, you’ll need to remember three things, and these are texture, intensity, and consistency.

First, when we’re talking about texture, beans need a lot of other ingredients to go along with them.

It’s unappetizing to eat baked beans were the only ingredients that you’ll munch are the beans. It won’t be different from eating soupy rice. And no, we’re not even referring to porridge, just poorly cooked rice.

To avoid having this problem, you can incorporate your favorite meat or vegetable to the beans. A famous technique is cooking ground beef, broken sausages, or shredded pork to go with your baked beans.

Not only will this give the beans a new texture, but it will also give it a new dimension of flavor.

This is why pork and beans are one of the famous combinations in Europe. On the other hand, if you’re looking for a vegetarian approach to this dish, you can use robust vegetables.

Using healthy vegetables will help it resist the temperature of the oven when baking it with the beans. An example of such vegetables are onions, carrots, and potatoes.

These are sturdy crops that can take a beating in the oven. Not to mention, it adds a delicious sweetness to your beans while 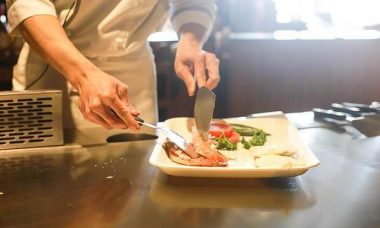 To keep up the increasing demand in the dining room, both the Chef and kitchen staffs have to manipulate tasks skillfully. In order to prepare and preserve the food’s quality, prep cook contributes their indispensable performance.

However, what does a prep cook do exactly? Let’s read on to acquire specific duties and requirements of this entry-level kitchen position.

What Does A Prep Cook Do?

Three Expectations You Need To Figure Out

When working in a fast-paced workplace, it requires a prep cook to exploit their expert skills of the culinary field. In fact, you need to peel, cut, chop and slice all kind of food fast and efficiently to catch up customer’s orders and satisfy the chef’s request.

As for your typical day’s duties, you have to prepare salads, strain soups, check the temperature of stored foods, plus fill dish washing and pre-measure ingredient correctly. Overall, you must ensure the cooking process flows smoothly.

Though prep cooks do not ask you to have a previous kitchen experience, employment will highly value you if you get used to cooking.

Typical Duties Of A Prep Cook

You must be capable of preparing ingredient of the recipe and setting up cooking space for the chefs cooking. Here are five foundation skills that necessary for your career path as a prep cook.

You are required to master all the basic skills (etc., slice and dice like a chef). Also, it demands you to practice well the good hygiene to prevent an issue of contamination or spoilage. Besides, you are expected to work fast and neatly to finish work in a minimum of time.

Normally, many prep cooks begin their career with fruit and vegetable preparation. You have to master in handling food practices. Particularly, make sure fruits are washed and peeled properly, plus a vegetable is julienned, steamed or roasted to prepare for cook perfectly. 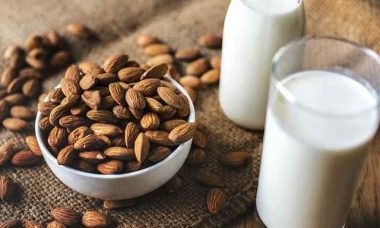 Almond milk tastes good but is quite healthy. Routine blenders are simply not up to this undertaking, but which explains the reason we advocate utilizing the Vitamix Professional 750 blender. It is great for producing all sorts of specialty meals, also blends plant foods such as nuts with some liquid or water. After preparing a batch of Vitamix Almond Milk, then all you will need are cakes, water along with your favorite flavoring (cinnamon, vanilla, etc).

Among the greatest things about this mod is its own ability. Kitchen blenders are not in exactly precisely the exact identical league as appliances such as these. Executive chefs at top-ranked restaurants use it.

Make sure you boil the almonds for 6 weeks when preparing this drink, but it is easiest to just soak them. Since the Vitamix blender does the remainder of the job That’s truly the most essential step in this recipe!

If you have never created almond milk earlier, there are some”tips of the trade” which can make the task quite simple, and the milk just as yummy as ever.

This might be the most easy recipe I regularly create within my Vitamix blender. I have found that to not be mandatory, although almond milk recipes demand straining the pulp out. When drinking it you’re able to observe the fiber (it is somewhat chalky), however, it also does not disturb us.

We use this milk to pour cereal, making the fiber noticeable. It is so quick to prepare although it is frequently made by me once I recognize that we are from milk, but need a bowl of cereal.

Among I have discovered a perception that earning nut milks have to be a significant undertaking. However, it can be simple –water and just nuts, and also you also get nut milk!

Having a potent blender you do not even have to pre-soak the nuts, even though some folks today believe you ought to be grilling all of your nuts anyhow. Therefore, in the event that you are overwhelmed with the notion of earning nut milk, then consider creating an abysmal batch whether you prefer it and see. I imagine the filtration would not be challenging, but it will look like it also make for cleanup … Read more 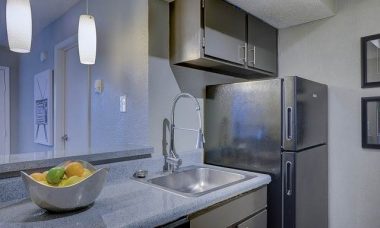 A common saying about tidying up is this: “Cleaning house is a full-time job.” Sadly, and with much frustration, our actual jobs would already suffice in tiring us out to the point of neglect. Maybe, even indifference. Besides, not everyone can afford a maid, butler, or, well, house-bound spouse.

So you’re left there, after a long day or night’s work, staring at the dirty dishes, greasy floors, as well as your food-encrusted ovens and pans. You can’t deny that, in the home, your kitchen is one of the most difficult rooms to clean.

Although maybe you’re just lazy, because you’re incredibly hectic work schedule has taken a toll on you. Or you’re lazy and would rather put your feet up to a beautiful song and a cold drink.

On the other hand, you just might be too pressed for time to bother with the cleaning. Fret not. Here are 21 clever kitchen cleaning hacks for lazy people; or busy people. Again, we won’t judge.

You won’t have to clean up what you don’t dirty.